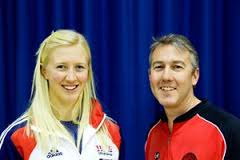 Located in Guildford, Surrey, Meaco is the largest seller of dehumidifiers in the UK. Meaco also makes and sells air purifiers and humidifiers.

Meaco dehumidifiers are a firm favourite at Byemould due to their excellent features, low energy usage and quality construction.

Meaco’s standard DD8L was rated a best buy by Which? for 2014 and 2015 while the Meaco DD8L Junior is our choice for garage, boat and caravan dehmuidifier.

Hot on the heels of the Meaco DD8L Zambezi release ByeMould was able to secure an interview with Meaco founder Chris Michaels.

The new Meaco DD8L Zambezi is very different to other desiccant dehumidifiers, how did it come about?

Zambezi is very different, where did all of the features come from?

Customers, we are a small company and it is easy for us to keep track of what customers are saying and asking for.  So in 2014 we started to review all of these things that customers had been asking for.  Some features went in because hundreds of customers had been mentioning them over and over again like the Daily Run Timer, others features went in because they were brilliant even if only one customer had mentioned it.

So Zambezi is a customer designed dehumidifier?! 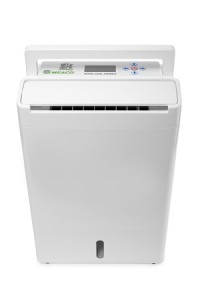 In many ways it is, almost all of the features have come from customers, some of the technical improvements have come from the engineering team and the charity tie in came from myself.

What is the charity connection?

We like to think outside of the box and do things differently and our over-riding aim is to improve the quality of our customer’s lives and with Zambezi we saw an opportunity to make a real difference in animal conservation as well.  The David Shepherd Wildlife Foundation (DSWF) are a local charity and many years ago we actually shared a building over in Cranleigh.  So it made sense for us to approach them.

How do they benefit from Zambezi?

The DSWF receive £2.00 from the sale of every DD8L Zambezi across the world which will help them with their projects to conserve and protect animals in the wild, the one that we are most closely linked with is the Elephant Orphanage in Zambia where Zambezi lives.

So Zambezi is a real Elephant?

Yes, the dehumidifier has been named after a real Elephant at the orphanage called Zambezi and the drawings on the control panel were sketched by Jonathan Truss, an award-winning wildlife artist. 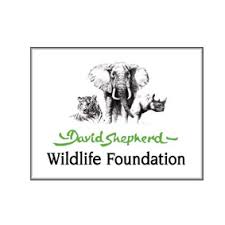 Why an elephant though?

In 2014 as we worked our way through the design process one element that we considered was that dehumidifiers are basically one of the most boring products in the world!  So we wanted to instil a little bit of personality into the product.  We decided to do this with an animal and we went through all of the animals that we could think of that were associated with water.  We settled on the idea of an Elephant playing with water in a watering hole and being happy when there was water there and the similarity to customers being happy when the dehumidifier creates water.

Once we knew that there was an elephant called Zambezi at the orphanage we decided to use that name to cement the link.

There is lots going on with the dehumidifier which is your favourite feature?

I think that changes every day!  I am though very proud of the fact that we have been brave and used such an expensive ioniser because although it has affected our costs greatly and reduced our margins it will make a genuine difference to people’s health in a way that no other dehumidifier can.

I also like the fact that we responded to just one customers comment about how he emptied his water tank and how he felt that the water full bleep should come after the fan had finished it’s cool down process and not before.  What he said made sense and we have change the protocol on all DD8L models. 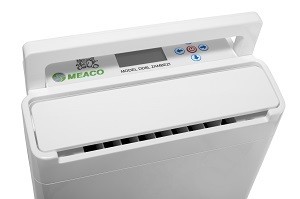 We try very hard to educate customers into how to use a dehumidifier and what moisture does in your home.  I myself have written over 180 educational articles at www.meaco.com.  But the fact remains that the most common request we get is can I use it with a timer?  This gets asked over and over again, day in day out.  So it is a case of giving the customer what they want.

Using a plug-in timer with a desiccant dehumidifier will shorten its life because you are preventing it from doing its cool down before it turns off.  The cool down is important and is there for a reason and should not be stopped.  So by incorporating the timer into Zambezi we are giving customers what they want whilst making sure that it is done safely and correctly.

Why the On Timer when every other dehumidifier has an Off Timer?

Off timers have very limited uses, perhaps you can use them to turn the dehumidifier off after say four hours if you know that it will take that long to dry some laundry but apart from that they are of limited interest.  The On Timer can be a bit more useful, for example if you are a light sleeper and have Zambezi outside your bedroom door then you can set the dehumidifier to turn on in one or two hours’ time when you will be fast asleep.  It is these little touches that can really improve people’s lives.  This is why Zambezi offers both types of Timer as well as the daily Run Timer.

What next for Meaco, where do you go from Zambezi?

There is a lot of hard work to be done now to get the message out, across all of the markets that we sell in worldwide about how special Zambezi is.  After that we also have a new compressor dehumidifier coming out that will change the way that people think about compressor dehumidifiers and how they can be used.  So a busy year ahead, but one that I am looking forward to.

ByeMould would like to thank Chris Michaels for taking the time for this interview.

March Blog of the Month: Henry-Gilbey.com

August Blog of the Month: Tidy away Today