Today I am delighted to bring you an excellent interview with Ben Brandt from The Rat and Mouse blog.

The Rat and Mouse blog has been active for over a decade and is consistently voted as being amongst the best London / UK property blogs.

The blog is of interest to anyone with a passing interest, or more, in the UK property market from prospective buyers, to new home owners, buy to let investors, estate agents and more!

Simply click here to read The Rat and Mouse blog or continue to scroll down to read the interview.

Ben, first of all thanks for joining us. Could you tell us about yourself and the Rat and Mouse blog?

I’ve always been a writer, originally a print media journalist, writing for the broadsheets and magazines. I was going through a fairly difficult house sale and purchase at a time that coincided with both a slight dip in the market and the rise of blogging. I became fascinated with the London property market and the reach of new media, and combined the two interests in the Rat and Mouse. Since then, I’ve discontinued my journalism and I write for TV and film. But, ten years later, the Rat and Mouse carries on, reaching a fairly broad audience both in and out of the industry.

Rents in London are increasing at an almighty rate. On your blog you mentioned that rents rose by 9.5% year-on-year. Do you think that rent caps should be introduced or what else could be done to stop people becoming homeless due to spiraling rents?

Rent controls are very complicated. The idea appeals, but becomes problematic when you shine a light on it. How would rent caps be enforced? By whom? And who would pay for this? The dysfunctional reality is that most buy-to-let landlords aren’t making much of a profit, even with interest rates at a current record low. I suspect that if rates went up and a government interfered aggressively with what landlords could charge, a large number would exit the sector. It’s happened before… the last time the UK experimented with rent caps. Less choice and greater demand might not necessarily be good for tenants. I think these are the main reasons Shelter remains opposed to the idea.
With social housing insufficient, we might not like it but the UK needs the private rented sector. Personally, I’d like to see the culture change to make tenancies longer. I believe good landlords would rather have a reliable, solvent tenant remain in a property on the same rent for a number of years than be continuously putting up rents, but risking voids, risking arrears. And longer tenancies would mean properties would feel more like a stable “home” to tenants, which is essential and only fair.
How do you think the removal of mortgage interest relief will affect the UK property market from 2017 onwards which is a time when we are likely to see higher interest rates as well? Will this cause a further increase in rents? 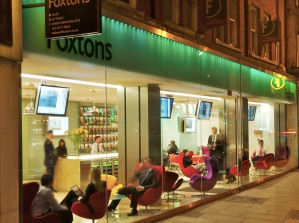 It’s a mess, isn’t it? Accountants are already talking about using limited companies as investment vehicles to avoid the new rules. Wealthy landlords who don’t have mortgages are rubbing their hands together at the thought of buy-to-letters being forced out of the sector and rents going up. A few more homes might reach the market, softening house prices a little. I can’t see, however, anything good coming out of it for tenants.
Since you are familiar with the London property market which areas in London are the best value for first time buyers?
Nowhere. Sorry, I know that sounds glib, but the days of the London hotspot, the little corner that’s remained ungentrified or unexamined just doesn’t exist anymore. There’ll continue to be articles in the newspaper property sections touting this postcode or that, but nine times out of ten they’re regurgitating press releases for developments that will be sold off-plan to foreign investors anyway. London’s expensive. That’s the bad news. The good news is it’s great… and you’re very unlikely to lose money in London property over the medium term.
Would you mind sharing your three most popular The Rat and Mouse articles with us?
I can’t really do this, partly because the Rat goes back a long way, and I made the decision to leave everything up as a kind of snapshot of a changing market, so there are a lot of dead links, I’m afraid. And partly because I’m very bad at keeping a close eye on who’s reading what. I know… a terrible thing to admit, but I’m almost a one-man-band, and my main job is very demanding. I can say, however, that any gossip we get about a London agent does very well, particularly if the agent drives a Mini.
Since ByeMould is a dehumidifier review website I have to ask whether you own a dehumidifier and if so what brand/model is it and what do you think of it?
Actually, I do (and I promise the readers this isn’t a set-up). I’ve just been to have a look at it and it’s an Ebac Z850e if that means anything to you. You’re probably going to tell me it’s terrible or an antique, but I think it does that job.
ByeMould wishes to thank Ben for his great and honest insights and we wish him another fantastic decade of running his blog!

7 Tips for Buying a Used Dehumidifier