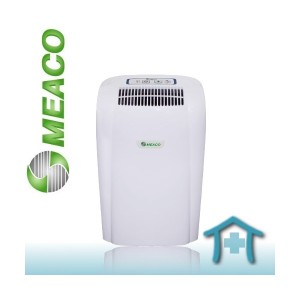 I am delighted to see that Meaco recently won two Which? awards for their Meaco 20L low energy dehumidifier.

Which? is comprised of a number of different entities whom together provide positive change, and reviews, for many types of consumer goods. Which? magazine was established in 1957 in a converted garage. Currently the magazine boasts 617,000 subscribers and Which? online subscription numbers have reached 254,000.

What is remarkable is that Meaco beat stiff competition from the likes of Delonghi, Argos, B&Q and Dimplex. For a small company like Meaco these awards are justification for the hard work that they have put in from research and development through to distribution.

The key for Meaco is that their sole focus is on the development of the best dehumidifiers. Other companies such as Delonghi and Dimplex manufacture a large range of other appliances thereby spreading themselves thinner in dehumidifier production.

It is no secret that at byemould.com we really like the Meaco DD8L Desiccant Dehumidifier as this dehumidifier contains all the features that a UK domestic situation would need.

Meaco founder, Chris Michael, said that the awards were a massive surprise and that ‘for now it is a case of dealing with the upsurge in demand and maintaining and improving the quality standards that helped us to win the award in the first place’

Meaco was founded in 1991 to monitor and control air quality in museums and art galeries. In 1999 Meaco became the sole distributor of Mitsubishi dehumidifiers in the UK, an arrangement that is ongoing. In 2005 the museum segment of the business was sold and Meaco concentrated wholly on the development and sales of dehumidifiers.

Byemould.com is hoping to secure an interview with Chris where he will, hopefully, let us know about new products and upgrades to the current range of Meaco Dehumidifiers.

To see Chris explain about Meaco dehumidifiers simply watch the video below:

7 Top Hay Fever and Allergy Remedies For an Awesome Life