Home
Blog
Could ‘Christmas Tree Syndrome’ Be Killing Your Christmas?

A real Christmas tree in the home really brings home the magic of Christmas. We all treasure memories of bringing a real tree home and decorating it until we were dead tired.

One of the downsides to a real Christmas tree is that it sheds pine needles which need to be cleaned up frequently.

However there is a larger downside to real Christmas trees as well.

Real Christmas trees naturally harbour mould and the longer the tree is up in a warm house the more the mould grows.

This leads to the dreaded ‘Christmas Tree Syndrome’.

Around the middle of December each year many households see a surge in allergy type symptoms.

These symptoms have been found to occur due to the presence of real Christmas trees according to a recent poll by Prevalin Allergy. They also found that one-third of those in the UK feel an onset of some of these symptoms in the weeks leading up to Christmas.

‘Christmas Tree Syndrome’ was discovered by scientists from Upstate Medical University (part of State University of New York) when they noticed an upswing in respiratory and allergy problems in the run up to Christmas.

They then analysed pine needles and bark from 28 different Christmas trees and discovered 53 cases of mould. The mould found in the highest quantities such as aspergillus, penicillium, cladosporium and alternaria were the most likely to cause allergy attacks.

Cladosporium is found naturally in compost and rotting leaves but bringing the tree indoors into areas warmed by central heating can exacerbate mould growth.

For example a different study found that while mould occurs naturally outside bringing tress inside can cause a jump in mould spores from 800 per 35 cubic feet to over 5,000!

Mould can cause allergic reactions in people and can also cause severe and permanent respiratory problems.

Who Is At Risk 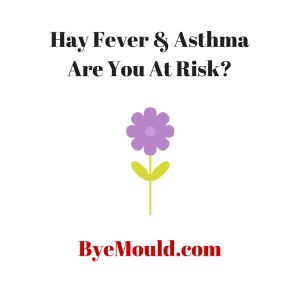 The good news is that not everyone will be at risk.

Allergist-immunologist Dr Lawrence Kurlandsky says “If you and your children don’t have any obvious allergies, then it is probably not going to bother you.”

Those with already suffering from allergies will be more susceptible however.

Dr Stephen Liversedge, clinical director for primary care and health improvement at NHS Bolton Clinical Commissioning Group, said: “Real Christmas trees are known to trigger reactions in people with allergies, and just being in close proximity to them is enough — you don’t even necessarily need to touch them. A runny nose, sneezing, streaming eyes and a rash on the skin are common symptoms.”

Should those with allergies buy a fake tree?

Therefore the question remains: Which is better for your health, real or fake Christmas trees?

The answer depends on the person or persons who make up the household.

Dr Liversedge again: “Anyone with allergies should spray their tree down with water before bringing it into their house, or an even safer bet is to opt for an artificial tree — however, it is also important to wash or shake these outside before putting them in the house, as they may have gathered dust and particles in storage.”

Storage of an artificial tree is also important.

Ideally the tree should be placed in plastic bags before being put back into the box as the fill keep the tree free of dust.

It is always good practise to clean the tree when retrieving it from storage and the cleaning process should be done outside so as not to spread any dust that stayed on the tree.

A Fake Tree For Allergy Sufferers

A fake tree is therefore probably best for allergy sufferers as long as the tree is stored and cleaned properly before use.

Other guidelines would be to let someone without allergies decorate the tree as allergens will be disturbed when moving the branches and decorating them.

Also putting the tree up later than usual will also help minimise any ill-effects.

If you have a dehumidifier in the house then it could be well worth sitting it up near the Christmas tree.

Ideally your dehumidifier should contain an anti-bacterial filter and ioniser.

An anti-bacterial filter kills bacteria upon impact and in the case of Silver Nano filters bacteria in the immediate vicinity of the filter are killed as well.

For even cleaner air we highly recommend an ioniser.

Those with breathing difficulties run into trouble when there is an excess number of positive ions in the air. These ions may be dust mites, dirt particles, pollen and mould spores to mention a few.

Very basically an ioniser releases negative ions into the air which attach themselves to the positive ions listed above. The attachment creates an even larger ion and this ion can’t stay afloat in the air.

The ion then falls down into the filter of the dehumidifier or onto the floor where it can be vacuumed up.

The result is air with a lower amount of positive ions which makes for easier breathability. 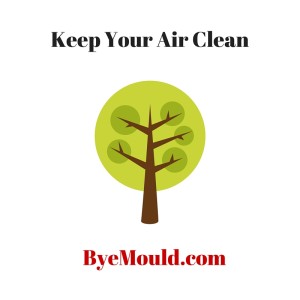 The Meaco DD8L features an anti-bacterial filter and an ioniser but its best feature is Control Logic energy-saving technology with which the unit will operate for only 10 minutes out of every hour when the set humidity level has been reached.

According the Meaco this makes the DD8L up to 80% more efficient than other desiccant dehmuidifiers.

The EcoAir DD122MK5 features a Silver Nano anti-bacterial filter which throws of silver that can kill bacteria in the vicinity of the filter. The unit also comes with an ioniser.

EcoAir’s energy-saving technology is called E7 technology and acts in the same way as Meaco’s Control Logic technology with one important difference. While the Meaco unit turns its fan off when the set humidity has been reached the EcoAir DD122MK5 keeps its fan on when in this mode.

Therefore the Meaco is more efficient from a power consumption point of view in fan-only mode.

Since both units can toggle automatically between settings they are known as automatic dehumidifiers.

Manual dehumidifiers are those on which the operator must change the setting themselves.

We can conclude that those who have never experienced allergies have nothing to worry about.

Those who do suffer from allergies should probably get a fake tree.

While ‘Christmas Tree Syndrome’ will probably not kill you it is important that you ensure that you don’t acquire any allergic symptoms or respiratory problems.

How to Clean a Dehumidifier Filter

March Blog of the Month: Henry-Gilbey.com