When air pollution is mentioned, we tend to think about gigantic factory chimneys with dense, smelly smoke billowing into the sky. Vehicle exhaust pipes with grey fumes are a familiar picture too.

Unfortunately, on very rare occasions do we ever think about air pollution right inside our homes. Our houses are no longer the havens that we thought they were. Recent air pollution research reports now prove that the level of indoor air pollutants is 2-5 times higher than the levels outside.

Considering that we spend 87% of our life indoors and only 7% outdoors, then it’s clear that we’ve been fighting the wrong battle. So, let’s talk about what matters most today: how to remove pollutant particles from your home.

What are the most common pollutants in indoor air?

To succeed in the struggle against indoor air pollution, you must first understand what is lurking in your air. Here are the most common pollutants in most households; 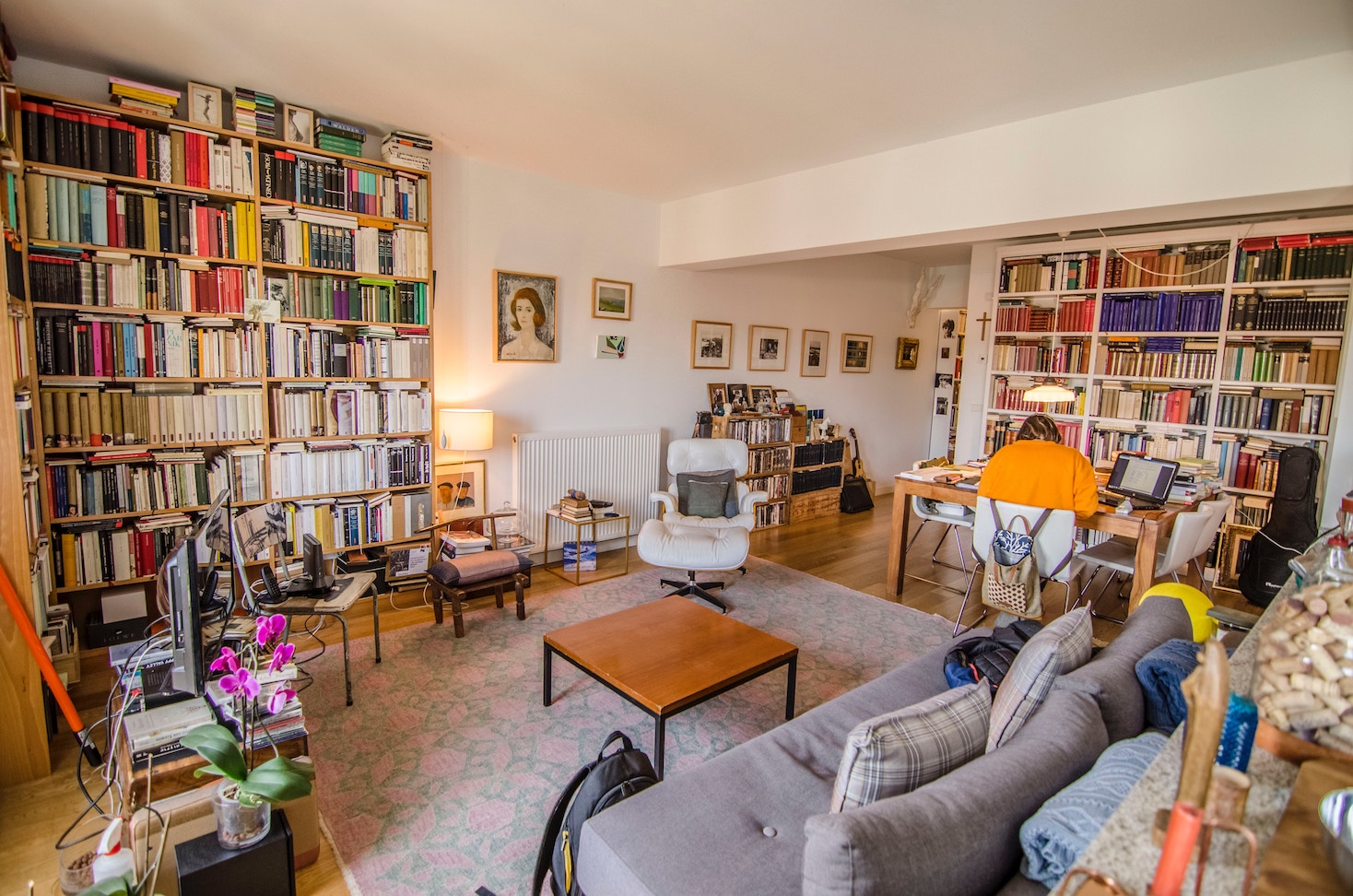 At the household level, this is a hodgepodge of fine soil particles, skin cells, and hair. Exposure to low levels of indoor dust does not always cause health problems for most people. However, it can aggravate existing issues, such as allergies and asthma.

VOCs are compounds that vaporize easily at room temperature. In homes, these compounds emanate from most consumer products, including cigarettes, paint, glue, carpeting, nail polish, and burning candles.

These seemingly identical pollutants are most prevalent in buildings with excessive moisture. Excessive indoor humidity could be as a result of leaky pipes, rainwater seeping through damaged roofs and cracked walls, and damp basements.

Smoke and smoke smell in a home can be as a result of smoking cigarettes and pipe inside the house. It can also come from burning candles and fuel-powered internal combustion appliances, such as water heaters.

At ground level, ozone can have devastating impacts on our health. It can lead to irritation and inflammation of the nose, eyes, and throat, besides increasing our vulnerability to respiratory infections. The level of ozone in indoor air is highest during summer months more so in the afternoons and evenings.

How do you get rid of pollutant particles from your home?

1. Invest in an air purifier

The best air purifiers are indispensable tools if you are struggling with indoor air contamination. As the name suggests, these appliances are engineered purposely to capture and remove pollutant particles lurking in the air. In general, air purifiers can remove dust, pet dander, pollen, mold spores, mildew, bacteria, viruses, VOCs, smells, and even smoke.

Now, not any other air purifier will remove all the pollutants above. So, consider the type of filter used on the air purifier and ensure that it’s perfect for the irritants in your indoor air.

Another critical aspect to consider when choosing an air purification device is its high clean air delivery rate score (CADR). This is an essential numerical value that shows the speed at which a particular air purifier can clean your room.

Installing and running exhaust fans that vent outside can be very beneficial in improving the air quality in your kitchen and bathroom.

These fans are ideal for improving ventilation, especially in airtight homes. They can also remove excess moisture, which consequently leads to balanced humidity levels and reduced growth of mildew and mold.

Worth noting, most of the air pollutants in your home continuously move from your floors to the air and vice versa. When there’s minimal traffic, dust, pet dander, pollen, and bacteria will settle to the ground and become airborne when they are agitated. This brings the need for regular dusting, vacuuming, and deep cleaning.

Before dusting your surfaces, it helps to wipe them down with a damp cloth to trap the dust. This will lower the number of pollutants that become airborne. It will also help, especially if you are allergic to dust mites.

Concerning the vacuum cleaner, you want a model with a high-quality filter that captures micro-pollutants as opposed to circulating them in the air again.

We also recommend switching the thermostat to ‘fan on’ mode when using the vacuum cleaner. The essence of this is to capture most of the particles that get suspended in the air after being dislodged from the floor.

4. Stop pollutants right at the door!

Of course, there’s no better way of minimizing pollutants in your indoor air than by preventing them from entering the house in the first place.

There are a couple of ways through which pollutants from outside get into your house. For instance, they can be tracked in on your family members’ and friends’ shoes. Pollutants can also attach to your fluffy and feathery friends for a free ride into the house. The wind can also draft them in.

You can stop pollutants from outside by using a doormat or imposing a no-shoe policy. Brushing and bathing your pets regularly will also help remove most of the contaminants that may be clinging on their fur. Also, avoid leaving your doors and windows open for too long, especially if you live near a freeway.

Preventing air pollutants from entering your house from outside may not be 100% effective. However, there’s no denying that you’ll have significantly lower levels of air contaminants to deal with.

5. Say no to smoking indoors 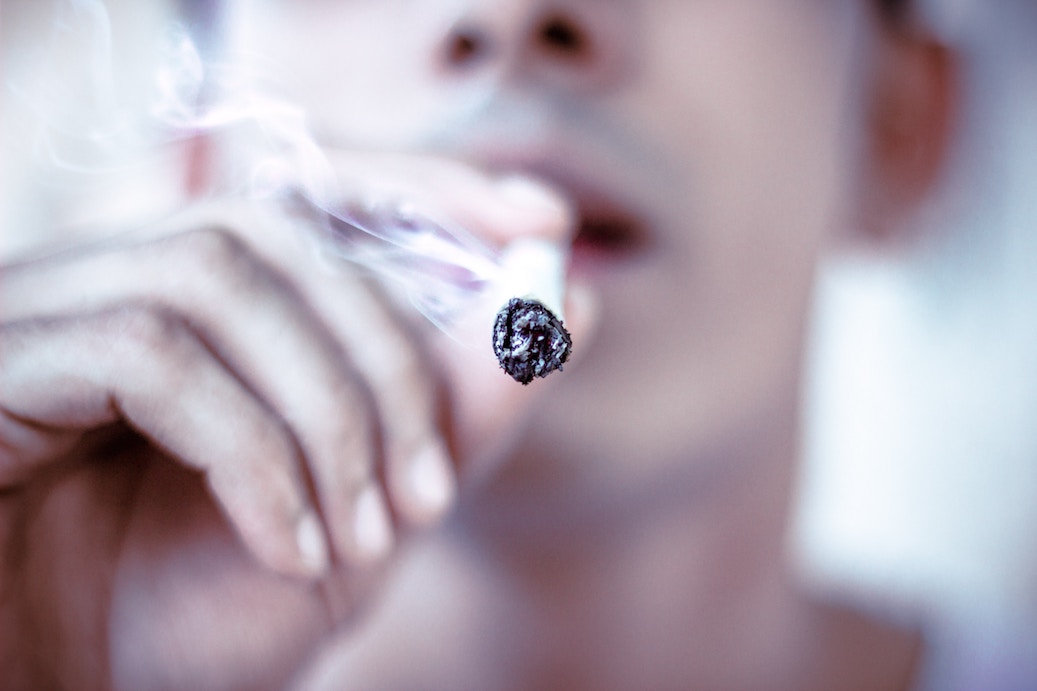 Photo by Amritanshu Sikdar on Unsplash

Tobacco Control- a leading journal on the effects of tobacco- says that pollution from cigarette smoke can be 10 times higher than that of diesel car exhaust.

Cigarette smoke releases fine air contaminants, which are considered to be among the most dangerous for health. What’s even more worrying is that particulate matter from tobacco smoke can linger around your home for up to 6 months after quitting.

There are other ways of removing cigarette smoke from your home besides encouraging smokers to do it outside. These include;