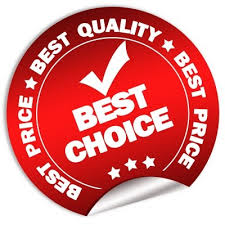 Having reviewed many dehumidifiers I feel that I have stumbled upon the best dehumidifier according to the following criteria:

You will be glad to know that the best dehumidifier is already featured on this site.

The best dehumidifier is the EcoAir DD122MK5 Desiccant Dehumidifier.

is definitely the one to buy if you can afford to spend an extra £35.

Quiet in the Cold

A desiccant dehumidifier is quieter than a compressor model and doesn’t use harmful gases making desiccant models eco-friendly.

Desiccant dehumidifier also run better and are more cost efficient at lower temperatures, such as those found in the UK, than compressor dehumidifiers.

features E7 technology which allows the dehumidifier to set its own operational modes according to the relative humidity in the air around the machine.

E7 technology uses an Auto Toggle Power Saver to switch between the different modes of operation which saves the user running costs.

The EcoAir DD122_Mk5 dehumidifier also contains an ‘Overdry Protection’ setting which causes the dehumidifier to turn off automatically if the air becomes too dry. The machine automatically restarts once the humidity level rises above the pre-set level.

The DD122MK5 features an ioniser which the DD122FW does not contain. This feature makes the EcoAir DD122 MK5

ideal for allergy and asthma sufferers as the ioniser pulls positive ions, such as dirt, out of the air thus making the air cleaner and reducing allergy symptoms.

The filter is a silver nano anti-bacterial filter which cleans the air further.

Another difference between the two dehumidifiers is that the DD122MK5 contains a timer which can be set for 2/4/8 hours leaving the machine to control itself.

This feature is especially handy when you are running the DD122MK5 in ‘Laundry’ mode which uses a lot of power. 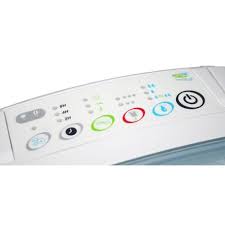 can operate to around 5C higher than the DD122FW. Maximum operating temperature for the DD122 MK5 is 40C. However in the British Isles such high temperatures are generally not a problem.

The differences between the DD122FW and DD122MK5 described above are easily worth an extra £35, and while the Meaco DD8L is a larger dehumidifier with roughly the same features as the DD122MK5, the DD122MK5 is sufficient for most 3-4 bedroom houses in the UK.

Therefore, in my opinion, the EcoAir DD122 MK5 is the best dehumidifier for domestic use in the UK.

For an in-depth review of the EcoAir DD122MK5 click here.